Google and Goldman Sachs are two
of the most active investors in
blockchain firms: Report 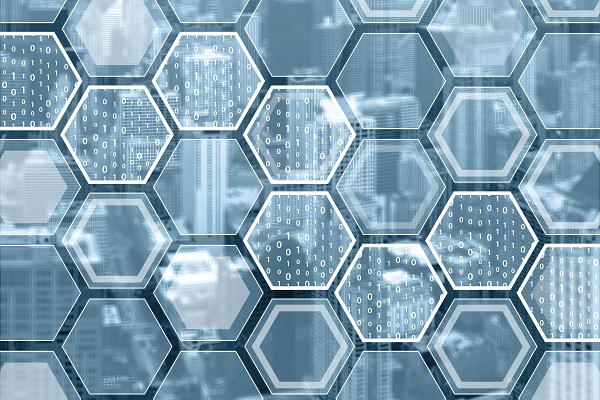 Major companies are investing in blockchain

Google and Goldman Sachs are two of the most active corporate investors in blockchain companies, according to a report. Blockchain is the underlying technology behind cryptocurrencies like bitcoin. But it is also being developed for use in a variety of industries from finance to insurance, promising cheaper and faster processes. The number of corporate investors in blockchain companies hit a record high of 91 this year, just behind the 95 venture capital firms in the space, according to a report by data firm CB Insights published Tuesday.

So far this year, there have been 42 equity investment deals by corporates, totaling $327 million. This is just behind the $390 million for the whole of 2016. Japanese financial services firm SBI Holdings is the most active corporate investor, having stakes in eight blockchain firms. These include R3, a consortium of banks working on new applications for blockchain technology, and Kraken, which is an exchange for people to trade cryptocurrency.

Alphabet-owned Google is the second-most active corporate, with investments in bitcoin wallet company Blockchain, and Ripple, a company that is working on money transfers using blockchain technology.

Where does Bitcoin go from here?

Overstock.com is third, while U.S. banks Citi and Goldman Sachs are in fourth and fifth place respectively. Both companies have investments in Digital Asset Holdings, which is run by former JPMorgan Chase executive Blythe Masters. "Big banks and financial services firms were the first corporate players to make direct blockchain investments en masse — unsurprising, given how Bitcoin's underlying technology lends itself, both technically and in popular thought, to financial services," CB Insights notes in its report.

Large financial institutions are experimenting with ways that blockchain technology could be used, from trade finance, to moving money. Since June 2014, the 10 largest U.S. banks by assets have participated in nine rounds totaling $267 million in disclosed funding to six blockchain companies, the report said. At the same time, many banks are part of consortia aimed at exploring and developing blockchain technology. Hyperledger, the Enterprise Ethereum Alliance, Ripple and R3 are all consortia working with banks.

The rising number of blockchain companies and interest in the technology has also brought bigger investment from other sources such as venture capitalists and so-called initial coin offerings (ICOs). At the current run rate, 2017 is on pace for 188 equity deals worth more than $830 million, up from 138 and $545 million in 2016, CB Insights said. Mega deals such as the $107 million raised by R3 and the $100 million raised by Coinbase have helped to boost the figure.

But ICOs, where start-ups issue new tokens, similar to shares, in exchange for funds, have been growing rapidly. Total funds raised by ICOs surpassed the total funds raised via traditional equity financing for the first time in the second quarter of 2017, CB Insights said. More than $3 billion has been raised via ICOs, according to Coinschedule, a website that tracks the offerings.

Some of the biggest ICOs include Filecoin, which raised $257 million, and Tezos, which got over $230 million in funding. But with the ICO craze also comes the risk of "over-capitalization" with teams "receiving too much money too quickly," CB Insights warned.

The number of companies raising early-stage or seed funding via traditional equity deals, not ICOs, has declined over the past few years. But the risk of these companies failing is much higher than start-ups in other industries.