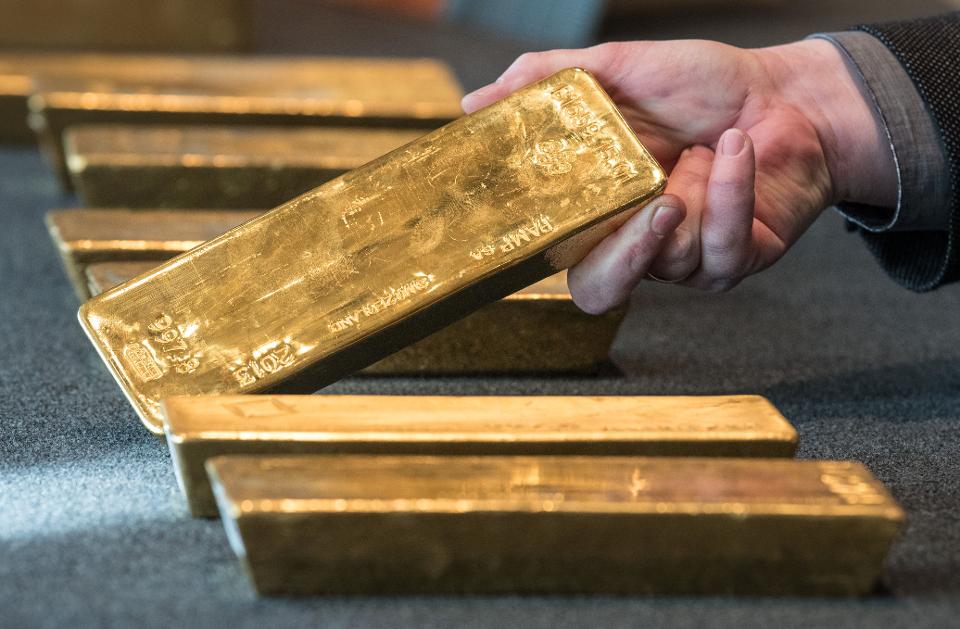 Gold bars are pictured at the German central Bank Bundesbank,

in Frankfurt, Germany (BORIS ROESSLER/AFP/Getty Images).While bitcoin would appear to be a libertarian’s monetary dream at first glance, the reality is that many of the longtime gold bugs have yet to go all the way down the cryptocurrency rabbit hole. For those most part, these gold bugs do not believe in the long-term viability of bitcoin due to its lack of “intrinsic value”.

Peter Schiff is one such gold bug who is a noted critic of bitcoin. I recently dissected some of the arguments he made against bitcoin on The Joe Rogan Experience in another post. Indeed, I also followed this line of thinking when I first found out about bitcoin. One of the first questions I had about this new digital commodity was why it was not backed by a physical commodity such as gold.

However, that was back in 2011. And I eventually learned that the lack of physical backing behind bitcoin is a feature, not a bug. Without physical backing, bitcoin is able to act as the world’s first digital bearer asset, which can be stored and transacted without interference from a third party custodian or government. Like many others who have researched bitcoin thoroughly over the years, my understanding of money and intrinsic value has been flipped on its head by Satoshi Nakamoto’s financial innovation.

So how does bitcoin have any value at all? How can you go from zero to one? In the early days, bitcoin was nothing more than a collectible to most people who were looking into the new technology. This is in contrast to the “cryptocurrency” and “digital currency” monikers that would eventually be placed on it. In an early thread on the Bitcointalk.org forum regarding how bitcoin should be defined, Nakamoto stated, “Bitcoins have no dividend or potential future dividend, therefore not like a stock. More like a collectible or commodity.”

This speculative view of bitcoin as a sort of collectible for crypto-anarchists and other like-minded individuals is where bitcoin first attained any value at all. The fact that there was a limited supply of bitcoins meant you had to convince someone else to send you theirs (or put in work as a miner) if you wanted to have any.

Once bitcoin gained a price in other assets, it could then be used to transmit value over the internet in a censorship-resistant manner. “If it somehow acquired any value at all for whatever reason, then anyone wanting to transfer wealth over a long distance could buy some, transmit it, and have the recipient sell it,” Nakamoto wrote back in 2010.

One Bitcointalk.org user famously traded 10,000 bitcoins for a couple of pizzas, but the best illustration of bitcoin’s use as a censorship-resistant medium of exchange likely came in the form of darknet marketplace Silk Road. The bearer nature of bitcoin made it the perfect option for illicit commerce on the internet.