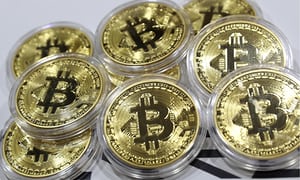 The EU is taking action to regulate trading in bitcoin.

The UK and other EU governments are planning a crackdown on bitcoin amid growing concerns that the digital currency is being used for money laundering and tax evasion. The Treasury plans to regulate bitcoin and other cryptocurrencies to bring them in line with anti-money laundering and counter-terrorism financial legislation. Traders will be forced to disclose their identities, ending the anonymity that has made the currency attractive for drug dealing and other illegal activities.

Under the EU-wide plan, online platforms where bitcoins are traded will be required to carry out due diligence on customers and report suspicious transactions. The UK government is negotiating amendments to the anti-money-laundering directive to ensure firms’ activities are overseen by national authorities. The Treasury said: “We are working to address concerns about the use of cryptocurrencies by negotiating to bring virtual currency exchange platforms and some wallet providers within anti-money laundering and counter-terrorist financing regulation.”

The headlines, the analysis, the debate – sent direct to you

The rules are expected to come into effect in the next few months. The Treasury said digital currencies could be used to enable and facilitate cybercrime. It added: “There is little current evidence of them being used to launder money, though this risk is expected to grow.” The bosses of Goldman Sachs and JP Morgan have criticised bitcoin as a vehicle to commit fraud and other crimes. But Sir Jon Cunliffe, a deputy governor of the Bank of England, last week said the digital currency was too small to pose a systemic threat to the global economy. He also cautioned that bitcoin investors needed “to do their homework”.

Bitcoin was trading at $11,566 on Monday. It hit a fresh record high of $11,800 on Sunday but fell to $10,554 on news of the regulatory crackdown. The Labour MP John Mann, a member of the House of Commons Treasury select committee, suggested MPs would look into the regulation of virtual currencies. He told the Daily Telegraph: “These new forms of exchange are expanding rapidly and we’ve got to make sure we don’t get left behind – that’s particularly important in terms of money laundering, terrorism or pure theft. “It would be timely to have a proper look at what this means. It may be that we want speed up our use of these kinds of thing in this country, but that makes it all the more important that we don’t have a regulatory lag.”

Bitcoin:
Is it a bubble waiting to burst
or a good investment? 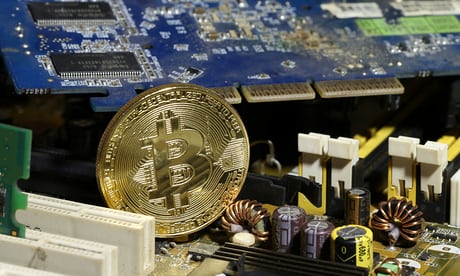 Stephen Barclay, the economic secretary to the Treasury, set out the government’s plans in a written parliamentary answer in October. “The UK government is currently negotiating amendments to the anti-money-laundering directive that will bring virtual currency exchange platforms and custodian wallet providers into anti-money laundering and counter-terrorist financing regulation, which will result in these firms’ activities being overseen by national competent authorities for these areas. “The government supports the intention behind these amendments. We expect these negotiations to conclude at EU level in late 2017 or early 2018.”

… we have a small favour to ask. More people are reading the Guardian than ever but advertising revenues across the media are falling fast. And unlike many news organisations, we haven’t put up a paywall – we want to keep our journalism as open as we can. So you can see why we need to ask for your help. The Guardian’s independent, investigative journalism takes a lot of time, money and hard work to produce. But we do it because we believe our perspective matters – because it might well be your perspective, too. High-quality journalism is essential intellectual nourishment. The generosity of providing such a service without a paywall deserves recognition and support.