2018:
Another Growth Year for Blockchain 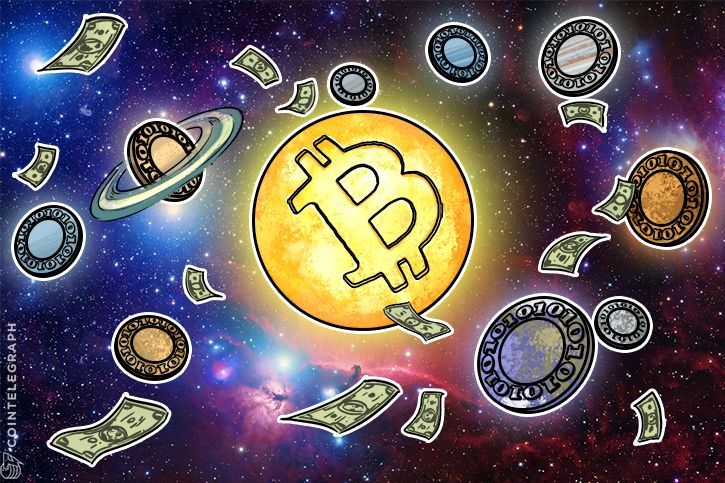 2017 was a year of tremendous growth for blockchain,

though not in the expected ways. At the beginning of this year, I and others predicted that 2017 would be the year that blockchain moved from proof-of-concepts into production. We did see some notable successes in this regard. Ripple became a fully operational platform with over 100 members and payment volumes in the billions, and industries began to form blockchain business networks, for example, the Digital Trade Chain consortium (DTC) in trade finance. But overall, I expected to see more "go lives" than we did. On the other hand, I don't think anyone expected the unprecedented growth in the market capitalization of cryptocurrencies or the related ICO boom.

So, what will the new year bring?

Despite the obvious perils in making predictions, I feel confident that, among other things, we will see

Although it was quieter than expected this year, I believe we will continue to see blockchain solutions come into production as enterprises address the "low-hanging fruit" by digitizing businesses and use cases where blockchain can make the most impact. In fintech, the two most promising use cases remain payments (where there are $50–60 billion of potential savings to be had) and trade finance (which stands to save some $15 billion).

As we saw payments do in 2017, I expect we will see trade finance begin to go live on blockchain in 2018. In payments, momentum will pick up and volumes will increase as larger banks, including correspondent banks, get into the act. These players will be tempted by the advantages blockchain brings in terms of real-time processing, lower risk profiles, lower costs and transparency. Blockchain can serve as a stick as well as a carrot, simply by proving that there are better alternatives to the status quo in many industries. We can imagine, as an example, that blockchain has had a hand to play in the European Banking Authority's EU-wide transparency exercises.

We were all somewhat surprised – if pleasantly so – by how well cryptocurrencies did in 2017 as a speculative asset. Indeed, growth was spectacular, with the asset class rising from $14 billion in December 2016 to over $450 billion in December 2017 in terms of market capitalization. I think this growth will continue to be fueled by traditional asset management approaches, including bitcoin futures, crypto hedge funds and the like, all of which will increase the demand for cryptocurrencies and tokens.

As blockchain continues to change market structures, companies will increasingly focus on changing business models. In a world where middlemen are becoming obsolete, companies will have to learn to stop thinking in silos and be more open to becoming partners in ecosystems or on broader platforms. That, in turn, means deciding what kinds of business models they want – whether it's platform plays, product plays, omni-channel strategies, and so on. These discussions will become multi-dimensional, encompassing both existing services and, increasingly, the new kinds of services that blockchain enables – particularly as blockchain combines with IoT and AI to create new kinds of marketplaces where industry silos come down in favor of broad, horizontal structures.

One of the most satisfying parts of 2017 for me was being able to see this start to happen close-hand among some of the companies I have the privilege to work with. Deon Digital has partnered with Mercedes Benz to develop a new operating system that will help break down silos in the mobility space. Skycell is a good example of IoT and blockchain opening up the pharmaceutical supply chain to embrace payments, invoicing and insurance. TEND is rethinking investment management by creating a Sharing Economy 2.0 for high-value assets.

One space I think we should keep a particular eye on in 2018 is the fund industry, where firms like Melonport are using blockchain to rethink asset management. I think we will see more of this, and that the fund industry will start to be significantly disrupted next year. This will start with the management of crypto assets, but over time we will see traditional assets increasingly being tokenized, migrated onto blockchains and managed on-chain.

The morphing of ICOs

With startups raising over $3.5 billion in ICOs, 2017 was clearly the year of the token launch. To me, though, the ICO boom is significant, not necessarily because of the amounts raised, but because we are seeing the beginnings of the democratization of venture capital. And though the concept had a great 2017, change will come to the world of ICOs in 2018 as more traditional players get involved.

Over the next 12-18 months, I expect people with experience and expertise in the IPO world will embrace tokenization as a technical platform, and the whole business will be professionalized, with book building, pricing, startup evaluation and so on happening more along traditional lines. As we've already begun to see, it will be harder to get funding simply on the back of a white paper. Investors will demand sound business plans and high levels of transparency, with all that entails.

One of the key challenges of existing blockchain technology is scale and performance. I predict that next year we will see alternatives to current blockchain technologies that will be more scalable, faster and minimize energy consumption. IOTA, which has gained a lot of traction lately, is, I think, a project to watch in this regard. I also believe people will increasingly find that local blockchain ecosystems, where critical services are co-located in one geographical area, are critical success factors for blockchain projects. This is certainly what we see in the "Crypto Valley" in Switzerland. As the President of the Crypto Valley Association, I hope readers will forgive me for predicting – or at the least, pitching for – the continued success of Switzerland as a blockchain ecosystem.

Crypto Valley has a high concentration of all the services blockchain projects will need to raise money and set up shop, including legal, advisory, tax, accounting, smart contract platforms, KYC/AML utilities and marketing expertise. This coupled with Switzerland’s other advantages, from its state-of-the-art infrastructure to its highly skilled workforce, will, in my opinion, mean it should remain a great draw for blockchain companies – in the new year and hopefully for many years to come.