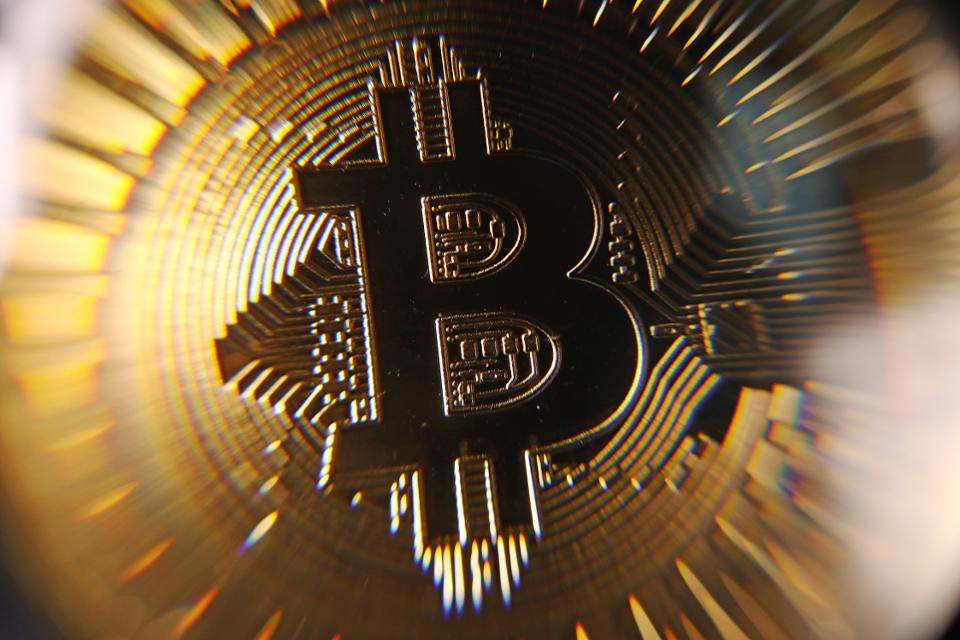 Whether or not bitcoin is in a bubble,

the cryptocurrency's performance "dwarfs" nearly all bubbles, including the 1929 stock market crash, investor Ken Fisher told CNBC on Wednesday. Bitcoin, which has surged more than 1,500 percent this year, has many market participants warning of a bubble. Fisher suggested looking at the peak of prior bubbles with that of the popular digital currency.

"If you look at bitcoin coming up to this point today and overlay it with the peak, it dwarfs all those other bubbles," the executive chairman and co-chief investment officer of Fisher Investments said. "Gold a couple of times, 1929. Nineteen-ninety with the Nikkei, 2000 with the Nasdaq. You can just go down the list: boom, boom, boom, boom, boom."

"This one in magnitude, whether it's a bubble or not, the price move around that dwarfs every bubble that's ever occurred," Fisher added in an interview on "Squawk Box." Birinyi Associates studied bitcoin versus 10 large financial bubbles. If the cryptocurrency is a bubble, it's already larger than the Nasdaq in the 1990s, the Dow in the 1920s and silver in the 1970s, the study showed.

Bitcoin futures, trading under the ticker symbol XBT, debuted Sunday night on the Cboe. The futures price climbed 10 percent in the first two hours and triggered at least two trading halts due to rapid price gains. The new futures were slightly higher on Wednesday. Critics, including JPMorgan Chase CEO Jamie Dimon, have doubted the legitimacy of bitcoin. Proponents argue bitcoin is a good medium of exchange and a way to store value like gold.

that all the boys at school were talking about bitcoin. Some might describe this vignette, and many others like it from the past few weeks, as a 2017 version of that ominous 1929 moment when shoeshine boys started giving stock tips. But whether or not they signal the bursting of a bubble, these stories also mean something far more important: bitcoin has gone mainstream. I'm not talking about the long-awaited mass adoption point in which a critical mass of users owns, earns and spends bitcoin. We're still a long way from that notion of "mainstream."

Rather, it's a moment of global awareness and dialogue. Even without user adoption, it opens up an immeasurably large array of possibilities, both positive and negative. As crypto-asset prices have gone haywire this past month, the whole world has started talking about bitcoin, cryptocurrencies and blockchain technology – around dinner tables, at holiday parties, in boardrooms, at trade conferences, in government meetings. At this stage, it's not a sophisticated conversation. Knowledge and understanding are still seriously lacking. But people are gripped with curiosity, and that's no small matter.

This human conversation can't be separated, either, from the widening engagement of institutions, big and small. Business news shows and websites are now running the BTC ticker on their home screens alongside the Dow Jones Industrials. Every day, mainstream newspapers and online publications run high-profile articles on bitcoin, ICOs and decentralized approaches to everything from ridesharing and supply chain management to social media and healthcare.

Established companies are forming research consortia with their suppliers, vendors, competitors and new crypto startups to define the future open-source protocols of their industries. The World Bank, the IMF and other multilateral institutions are setting up blockchain labs for development and humanitarian objectives. Central banks are exploring programmable, digital fiat currency prototypes that, despite being government-controlled and centralized, could disintermediate banks and stoke a global competition for new monetary models. Meanwhile, tens of thousands of entrepreneurs in dozens of different countries are launching moon-shot ideas to disrupt virtually every market on earth. There is no turning back. The age of cryptocurrency has arrived.

To battle-hardened cryptographers and Wall Street veterans alike, it all looks a bit disturbing. They cringe as newbies pile into digital assets while touts of varying integrity woo them with blockchain schemes based on untested, undeveloped or often non-existent technology. The cynics' concerns are justified. People will lose money. A lot. Fingers of blame will be pointed. Mostly at the wrong parties.

But there's much more to this than the hype-stoked crypto markets. The intense attention on this unprecedented economic phenomenon is prompting people to ask some key, probing questions. Where does this fervor for bitcoin come from? What's underlying it? Why does blockchain technology matter? Is it an opportunity for me, for my business, for society? Or is it a threat?

In the end, it matters not whether it's bitcoin, ethereum, or some other decentralizing technology that ends up framing our economic future. The most important thing is that people everywhere are starting to think about how a decentralized system of record-keeping and value exchange can flatten organizational hierarchies, reduce friction, expand access, open new markets and promote shared prosperity. It's early days, but this unplanned global conversation could give rise to a "Big Bang" of crowdsourced ideas and entrepreneurship, one that evolves into an unstoppable wave of world-changing innovation.

What's exciting about this – and, let's face it, also scary – is that it's near impossible to predict where it will all go. The important thing is to let the conversation and ideas happen while also encouraging as wide public input as possible into how this technology is governed, tested and allowed to evolve. We know this from the history of the internet. The value of TCP/IP and of the various other open-source protocols of the internet was that, together, they formed an extensible platform. Anything could be built upon it. We just didn’t know what.

Engineers at DARPA, MIT, Stanford and other places who worked on what was then known as Arpanet say that, when first contemplating its possibilities, they imagined sending DOS-based text messages to each other or sharing files without having to carry a floppy disk from one computer to another. But that was about it. They couldn't foresee everything else: blogs, Wikipedia, social media, online search, streaming audio and video, the cloud, e-marketplaces or ridesharing, much less how the internet would become the backbone of the entire global economy.  That unforeseeable future required a much richer, collective imagination, one with global input.

What those engineers also couldn't foresee was that a failure to establish a truly decentralized trust-management system would allow new, centralized institutions to monopolize control of the global digital economy – the Googles, Amazons, Alibabas and Tencents of this world. Now, at the dawn of the age of cryptocurrency, we have an obligation to get it right, to build a more open economy.

We must let the ideas flow, from every corner of the globe and from every community and interest group. And let those who generate them find the opportunity and the resources to turn them into something they can test, deploy and, hopefully, bring to market. We must promote a decentralized system of open-access that gives everyone a chance to succeed. If the past few weeks are any indication, we're in for a chaotic ride. But our world's problems are too big to entrust to anything less than chaos.