Why Blockchain Will Save
the Agency Business 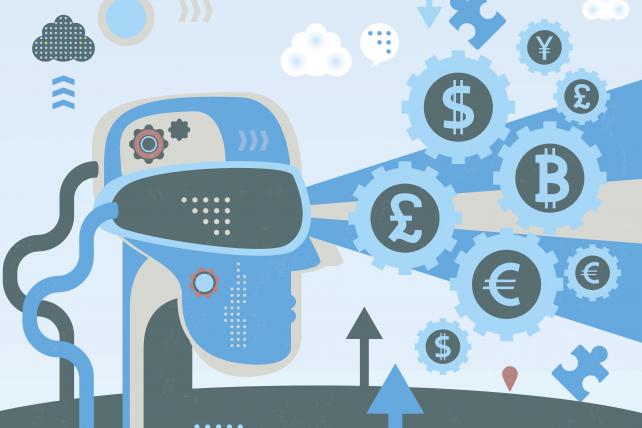 Now it's time to turn our attention

Last month, I proposed a new disruptive agency model that outlines the operational and organizational structure of the agency of the future. Now it's time to turn our attention to the most important jigsaw piece: the question of the disruptive agency's business model. Like the scene from "The Graduate" in which Benjamin (Dustin Hoffman) learns the secret to success in one word, "plastic," the silver-bullet answer for agencies is "blockchain."

I realize there's a lot of "buzzy" talk about blockchain. But blockchain isn't about technology at all. Rather, it's about new business models that fundamentally change how business will be done. As Emily Becher, SVP AT Samsung NEXT International, explains: "Blockchain is a distribution of trust that can shift the distribution of power …." Don't be put off by the geek-speak. Blockchain represents the biggest new revenue opportunity for agencies since 2005, before the industry was taken over by a few big ad networks, black box platforms and fraud. In 2005, ad tech was approached with a "wait and see attitude" because agencies didn't see the business model. Ten years later, the business model is clear and agencies took the biggest hit.

In a reversal of fortune, instead of technology creating more opacity as usual, blockchain is the technology of trust agencies need to protect and act on their clients' best behalf. What's disruptive about blockchain for agencies is that it powers a new and vital "trust" role for agencies, ensuring the quality of the entire advertising supply, heretofore impossible for agencies to execute. With blockchain, "trust" can become a monetizable asset for agencies three ways.

Blockchain allows agencies to diversify campaigns efficiently by breaking the lock of the big ad duopoly.

Facebook and Google capture 70% of all U.S. ad dollars because, for agencies, these platforms scale easily. Yet this concentration of so many ad dollars into so few outlets puts agencies and their advertisers at a huge disadvantage, with little control over campaign execution. Blockchain solves this problem because it decentralizes "transactional" control, so that agencies can efficiently deal directly with many digital outlets, like local media, to improve the quality of campaigns. In this new environment, savvy agencies can create engaging user experiences organized around verified audiences who are engaged on specific topics in real time.

Blockchain eliminates the need for "black box middlemen" who bleed ad budgets (and results) for advertisers.

Blockchain aims its "decentralization arrow" at the heart of ad tech middlemen (ad networks, exchanges and SaaS platforms) because its distributed ledger architecture is a trusted framework with which parties can directly interact. No need for "transaction arbitrators" or external SaaS players, all of who saw spectacular financial growth at the direct expense of advertiser results, due to an erosion of active media dollars.

Blockchain breaks the financial influence tech firms have on marketing.

Let's face it. Technologists drove ad tech to suit the needs of investors first and marketers second, which is why we are left with a complex, dysfunctional landscape of epic proportions. Right now, blockchain is being largely left to the technologists, who have a propensity to solve technical problems in complex ways. For instance, one blockchain venture plans to run 100,000 simultaneous blockchains to overcome the severe blockchain transaction limit of 7-10 per minute. This approach may be imaginative, but its complexity is daunting, covering issues as diverse as energy management (blockchain consumes crazy amounts of energy) to latency issues. Yet this is what is getting funded. The nascent blockchain business is being shaped by technologists, not agencies, and that could mean agencies will miss a new revenue opportunity, one they haven't seen in over a decade and are unlikely to see again for another decade.

The most important change agencies need right now is a change of attitude. Blockchain can disproportionately allow agencies to save the industry, as they save themselves. If agencies had 2005 to do again — I bet a lot would be different. It's a "back to the future" moment when Dr. Brown declares: "If my calculations are correct … you gonna see some serious stuff," and for the disruptive agencies, this is gonna be awesome.