Five Bitcoin Must Reads of 2017 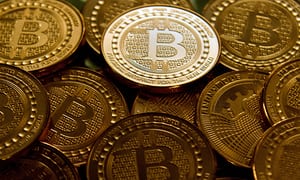 Bitcoin has enjoyed a massive increase in value

and a surge of new users over the last 12 months. Its success looks set to continue into 2018, but there are still burning questions about its future potential.It’s been an absolutely mammoth year for bitcoin, as its value has risen beyond all expectations, and its userbase has broadened as a result. Here are the five biggest bitcoin stories of the past year.

Bitcoin Became One of the Top 30 Currencies

Bitcoin was in relatively good health when 2017 got underway, but few could have predicted just how much its value would rise over the course of the year. All kinds of records have been broken over the past twelve months, with going rate rising by well over 1,000 percent. In November, bitcoin officially passed the $10,000 mark, and in doing so became one of the world’s top 30 largest currencies. As its price continues to surge, even experts are unable to say with any certainty when its value will level off.

As more and more money is pumped into crypto, we’re starting to see authorities move to regulate it. In August, there were rumblings that members of the US Congress were preparing to submit a bill proposal, and we’ve seen similar activity elsewhere in the world. In November, a federal judge set an important precedent by ordering CoinBase to supply the IRS with details of users who bought, sold, sent, or received $20,000 or more in the cryptocurrency in a single year between 2013 and 2015. To many, one of the most appealing aspects of cryptocurrency is the fact that transactions can be made privately – but it seems clear that more oversight is on its way.

Cryptocurrency could be a major threat to the current financial system, so it’s not too surprising that bitcoin is ruffling feathers among the big banks. In September, JPMorgan CEO James Dimon claimed that he would fire any trader who was found to be trading in bitcoin, calling it a “fraud.” Despite Dimon’s comments, it seems that JPMorgan is interested in bitcoin. By November, the bank was considering whether it should give customers access to CME’s futures trading program, which was approved at the start of December.

Bitcoin Classic, a fork of the cryptocurrency intended to increase transaction processing capacity, was shut down in November. Its developers said that the decision was made because of their expectation that Bitcoin Cash would become the norm within the following six months. While some would argue that forks threaten to dilute the wider crypto market, others maintain that the process is key to the continued success of the currency. Forks allow developers to introduce new functionality without compromising bitcoin as a whole, so they could play a key role in allow the coin to compete with future competition.

As cryptocurrency seems poised to have a huge impact on the world’s economy, we’re also going to see more of its environmental effect because computer programs that mine cryptocurrency require energy. In November, it was reported that these efforts are using more electricity than 159 countries around the world. This is something we’ll definitely need to keep an eye on in 2018 and beyond.