Once the cryptocurrency bubble bursts, there may be real innovation and a solid valuation case for many coins 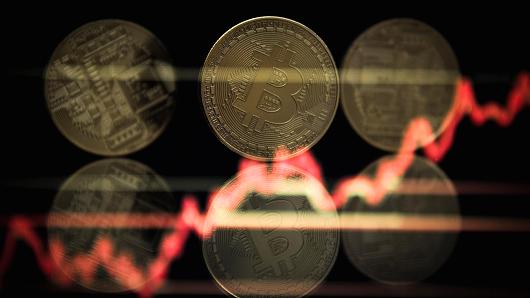 The world of cryptocurrencies

is one of the most divisive topics in finance right now. On the one hand, figures like J.P. Morgan CEO Jamie Dimon have called it a "fraud" and dubbed those trading it "stupid." On the other hand, there are those who see cryptocurrencies as one of the most revolutionary forces in finance. But amid the debate, there are a lot of people asking how to value this stuff and why bitcoin has traded nearly as high as $20,000.

The answer right now is simple: There are no fundamentals.

Even Robert Shiller, who won the Nobel Prize in 2013 for assessing asset prices, recently remarked that the value of bitcoin is "exceptionally ambiguous." There's no doubt that there is immense amount of speculation in the cryptocurrency market. But when the bubble bursts and the hype dies down, that is where we may find value and it all comes down to the use cases for the different coins on the market.

When bitcoin was created in 2009, the aim was to be an electronic cross-border payments system. The problem now is that bitcoin transactions are at record highs with faster traditional payment systems actually proving a better means. It's hard to say bitcoin has an inherent value beyond the belief of the people trading it. But as many have said, it could become "digital gold," in which case the price is likely to go higher. But looking forward, it's highly likely that other digital tokens could surpass bitcoin because of their utility.

Take a look at Ethereum. The company bills itself as a blockchain platform for others to build apps on. Blockchain is the underlying technology behind bitcoin and acts as a decentralized ledger of transactions. But its uses span far beyond bitcoin. Ethereum has its own blockchain which companies like Microsoft and J.P. Morgan are experimenting with.

Ethereum is specifically designed for so-called "smart contracts" which are pieces of software that execute a contract once certain conditions are met by all parties involved. This removes the need for complex paperwork and errors. Ripple is another blockchain company that is working on cross-border payments across different currencies in seconds. The digital coin created by the company called XRP, acts as a bridging currency to help facilitate transactions.

Both Ethereum and Ripple have seen stunning rallies this year, but both are in the early stages of their experiments. But in the future, valuing them could be easier. For example, if Ripple began to process a fraction of the trillions of dollars that is transacted across borders, we could start to put a price on one XRP. If Ethereum was responsible for a number of trade finance deals, we could use a similar valuation metric.

Of course, this is all very simplistic, and the biggest risk is that people lose belief in these platforms and cryptocurrencies. They are also in danger of being replaced by something better. Cryptocurrencies or digital tokens are here to stay but it's unlikely they'll survive in their current form. One big plus of this current bubble bursting however could be that we get some real innovation across a number of industries, with valuations a little clearer to understand.