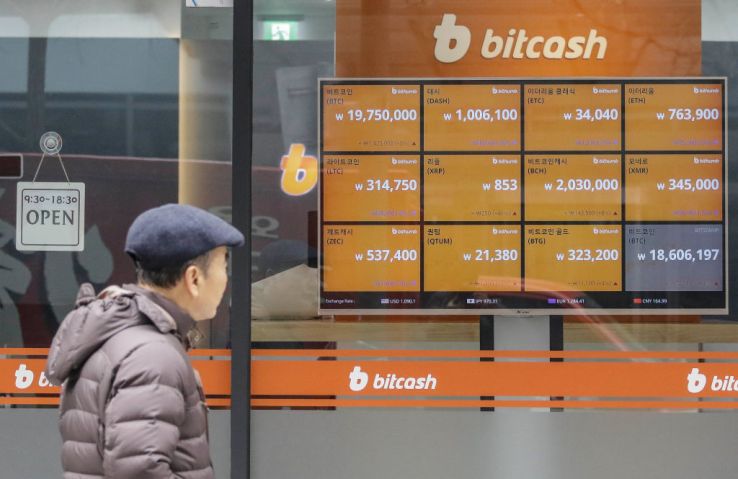 that would put increasingly tough regulations on the country’s burgeoning cryptocurrency markets. Under the legislation, Korea, which is the third largest market for cryptocurrencies in the world after the U.S. and Japan, would ban anonymous accounts and continually monitor crypto exchanges. Perhaps more ominously, the Wall Street Journal reported as well that the Ministry of Justice is considering unilaterally closing all crypto exchanges in the country, although didn’t provide any detailed guidance or timelines on when such a policy might be enacted.

The news slammed cryptocurrency prices. Bitcoin was hit about 12%, dropping from around $15,500 to eventually hitting a bottom of $13611, according to Coindesk. Ethereum was hit about 8% in the aftermath of the news.

The proposed legislation on anonymous accounts is in line with recommendations from the Korea Blockchain Industry Association earlier this month which declared that currency operations between Korean Won and cryptocurrency-denominated accounts should only be allowed in cases where the identity of the account holder has been confirmed. 14 member exchanges agreed to that proposal. The absolute frenzy of cryptocurrencies has taken the country’s leadership by surprise, and the government has raced to change laws to facilitate and regulate the industry. Earlier this month, the government also announced that it intended to tax cryptocurrency gains as capital gains in an attempt to stem the onslaught of cash coming in from Korean consumer investors.

Despite wide popularity among the Korean public, there have been increasing concerns that Korea’s exchanges are insecure. Last week, one of the most prominent Korean cryptocurrency exchanges, Youbit, collapsed following a $35 million hack earlier this month. That was after a $72 million hack on the exchange in April. As I discussed last week on TechCrunch, there is increasing evidence that North Korea has been using bitcoin trading as a key side business moneymaker for the Kim regime. Through hacks on traditional banks and its threatening nuclear weapons posture, the regime has attempted to undermine faith in traditional institutions, pushing more investors to cryptocurrencies as a safer, more stable bet. Eliminating anonymous accounts would be one step to help prevent the North from infiltrating the South’s crypto infrastructure.