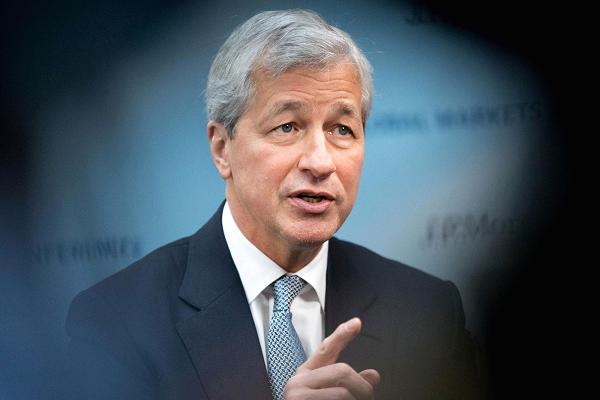 J.P. Morgan Chase Chairman and CEO Jamie Dimon is backpedaling a bit on his earlier criticisms on cryptocurrencies.
In September, Dimon called bitcoin a fraud. "I regret making" that comment, he said Tuesday on Fox Business. "The blockchain is real," Dimon added in the interview. "You can have cryptodollars in yen and stuff like that. ICOs … you got to look at every one individually. The bitcoin was always to me what the governments are going to feel about bitcoin when it gets really big. And I just have a different opinion than other people." ICOs stands for initial coin offerings, a controversial way some cyrptocurrency companies are raising funds. "I'm not interested that much in the subject at all," Dimon added in the interview.

Jamie Dimon: Bitcoin will eventually blow up; it's a fraud

Along with his earlier bitcoin is a "fraud" statement the executive also blasted digital currency investors last year. "If you're stupid enough to buy it, you'll pay the price for it one day," he said in response to a moderator question at an Institute of International Finance conference in October. It is noteworthy how the outspoken CEO repeated his positive stance on the technology backing bitcoin, the so-called blockchain. Blockchain technology eliminates the need for a third party intermediary by creating a permanent, open record of all transactions on a network. As a result a buyer and seller interact directly, while their exchange is recorded on the blockchain ledger.

J.P. Morgan Chase announced in October the launch of a blockchain-based system that will "significantly reduce" the number of parties needed to verify global payments, reducing transaction times "from weeks to hours." Royal Bank of Canada and Australia and New Zealand Banking Group are the bank's partners in the project, called the Interbank Information Network. The price of bitcoin declined 1.4 percent to $14,760 Tuesday, according to data from industry website CoinDesk. The digital currency is up more than 1,500 percent in the past 12 months.