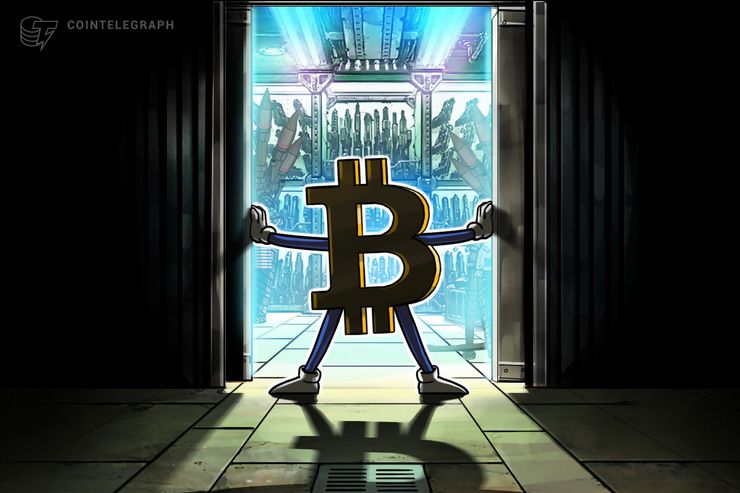 The militant arm of Hamas —

the de facto ruling authority of the Gaza Strip in Palestine — has appealed to its supporters to send it funds using Bitcoin (BTC). The appeal was made via the official Telegram channel of Abu Obeida, a spokesman for Hamas’ Izz ad-Din al-Qassam Brigades, on Jan. 29.

Hamas — which comprises social service arm “Dawah” and militant faction “Izz ad-Din al-Qassam Brigades,” is deemed to be a terrorist organization, in whole or in part, by several countries and international organizations — including the United States and the European Union. Russia, Turkey and China are among those major world powers who do not designate the group as a terrorist entity. In his message, Abu Obeida called upon “all lovers of the resistance and the supporters of our righteous cause to support the resistance financially using ‘Bitcoin’ currency,” adding that an exact funding mechanism for transacting the crypto would be announced later.

Hamas has governed the Gaza Strip since 2007, after winning a military conflict against the Palestinian nationalist political party Fatah — a struggle for power that ensued from the latter’s defeat in the parliamentary elections of 2006. The Gaza Strip notably continues to be subject to a land, air and sea blockade imposed by Israel and Egypt in the wake of Hamas’ victory, which severely restricts the movement of people and goods.

Abu Obeida’s turn to Bitcoin comes in the immediate context of Israeli Prime Minister Benjamin Netanyahu’s decision to temporarily freeze millions of dollars in Qatari aid — including $15 million a month to pay the salaries of Hamas civil servants — from entering the Gaza Strip, in retribution for a recent flare-up in border tensions between Israel and Hamas. Aside from the Gaza Strip blockade, given Hamas’ designation as a terrorist entity in many Western countries, many global banks bar services to the group via their anti-money-laundering (AML) and illicit terror financing prevention mechanisms.

As reported, the U.S. House of Representatives passed a bill last September that would establish a crypto task force to combat terrorist use of cryptocurrencies. A congressional hearing earlier that month had nonetheless concluded that while al-Qaeda, the Islamic State and other such terrorist groups have all attempted to raise funds through crypto, their success has been limited — and that in many instances, fiat currencies provide more robust anonymity for illicit fundraising.

Marie Huillet is an independent filmmaker, with a background in journalism and publishing. Nomadic by nature, she’s lived in five different countries this decade. She’s fascinated by Blockchain technologies’ potential to reshape all aspects of our lives.